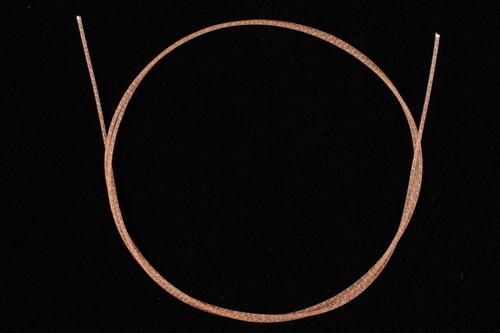 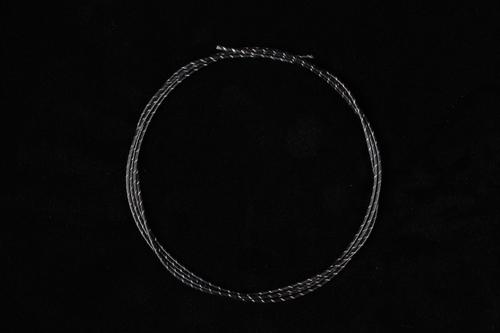 This is a single length, (24"), Gimped gut violin G-4 string with the Pistoy twist, for extra flexibility. It is intended for those players who wish to play renaissance and early baroque performance practice and want the true gut tone.

The standard Gimped string has a copper wire twisted into it which gives a nice, bright tone. The string is also available with a silver wire twisted into the gut which, at an extra charge, gives some slightly different properties. Since silver is heavier than copper, the resulting silver string is a little thinner when the same gauge of silver gimp and copper gimp are compared together. Silver wire is also a little softer than copper, so the silver gimped string is a little more flexible and has a slightly warmer tone than the same gauge in copper. In addition, the copper string is a natural gut color and the silver gimped string is dyed black.